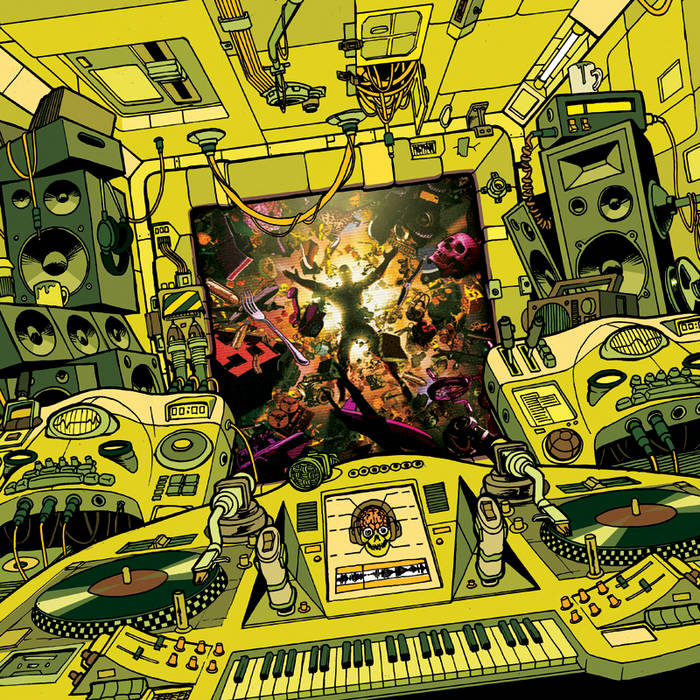 Ghost Inna Dub' is the sophomore album from Screaming Soul, a collaboration between MC/Producer Lucid Mover and Reggae singer Ghetto Priest. This album is a sequel to their debut 'Ghost in a Shell', which was released in August 2011 on Emerging Species.

'Ghost Inna Dub' features Dub remixes by genre pioneer Adrian Sherwood of On-U Sound and his protege Nick 'Mutant Hi-Fi' Coplowe (Prince Fatty/Hollie Cook/Battle For Seattle), two legends in their own rights who have brought a completely new twist to the group's music.

Sherwood's mixes were both recorded as live single-takes at On-U Sound studio in the traditional King Tubby style, but Coplowe chose to take a radically different approach at his Ironworks studio, completely changing the songs from their original format.

With the release of 'Ghost Inna Dub', Screaming Soul have truly cemented their place at the cutting edge of the UK music scene, demonstrating that they are a force to be reckoned with.
credits
released 12 March 2012

Bandcamp Daily  your guide to the world of Bandcamp

MF DOOM is given his flowers, plus appearances from MC Jada Imani and Stanley Ipkuss